Book a holiday on the "Échappée Jurassienne"

The “Echappée Jurassienne”, consists of of 300 kilometres of signposted walking tracks covering the major tourist sites of the Jura region. You can make your way from Dole to Saint-Claude, passing by Lons-le-Saunier and Les Rousses, and discover the Jura region in a unique manner! On the first part of the trail, from Dole to Lons-le-Saunier (126 km of walking paths) you pass by the main venues that tell the region’s salt and hydrotherapy history.

The Jura hiking track “Echappée Jurassienne” starts in Dole, a town listed as “City of Art and History” in France. The gardens and alleyways along the canals of the Doubs valley are worth a visit before starting the route that takes you right to the heart of the majestic Chaux forest. In the 18th and 19th centuries, woodcutters-coalmen, blacksmiths, bark strippers and raft-handlers were among those working here. When you come through “la Vieille-Loye” do admire the ancient woodcutter houses known as the “barraques du 14”. The oldest one dates back to the 17th century.

We also highly recommend a stop in Arc-et-Senans. In 1774 Louis XV chose this village as the location for his Royal Saltworks, and the venue is now listed as a UNESCO World Heritage site. Arc-et-Senans is located near the forest, and wood – the main energy source of that time – was therefore easily available. More importantly, the village was not far from Salins-les-Bains, where the brine was extracted. It was transported from there to the saltworks of Arc-et-Senans through a 21 km long brine pipeline. 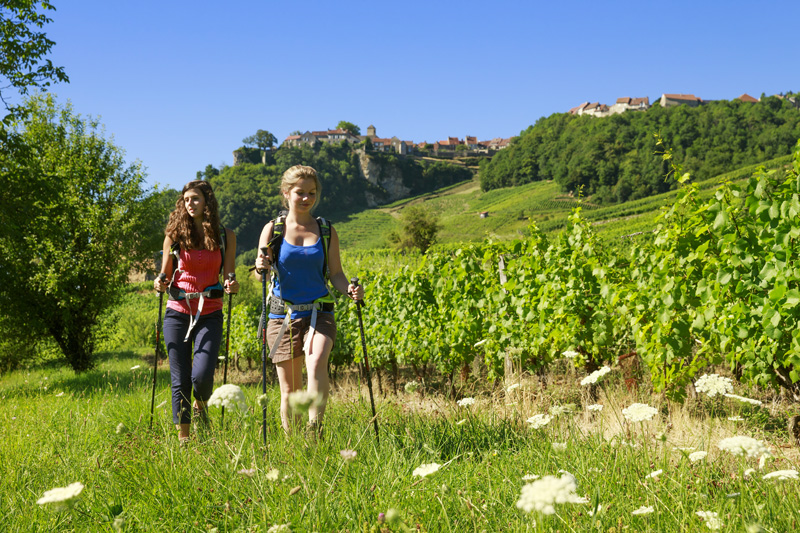 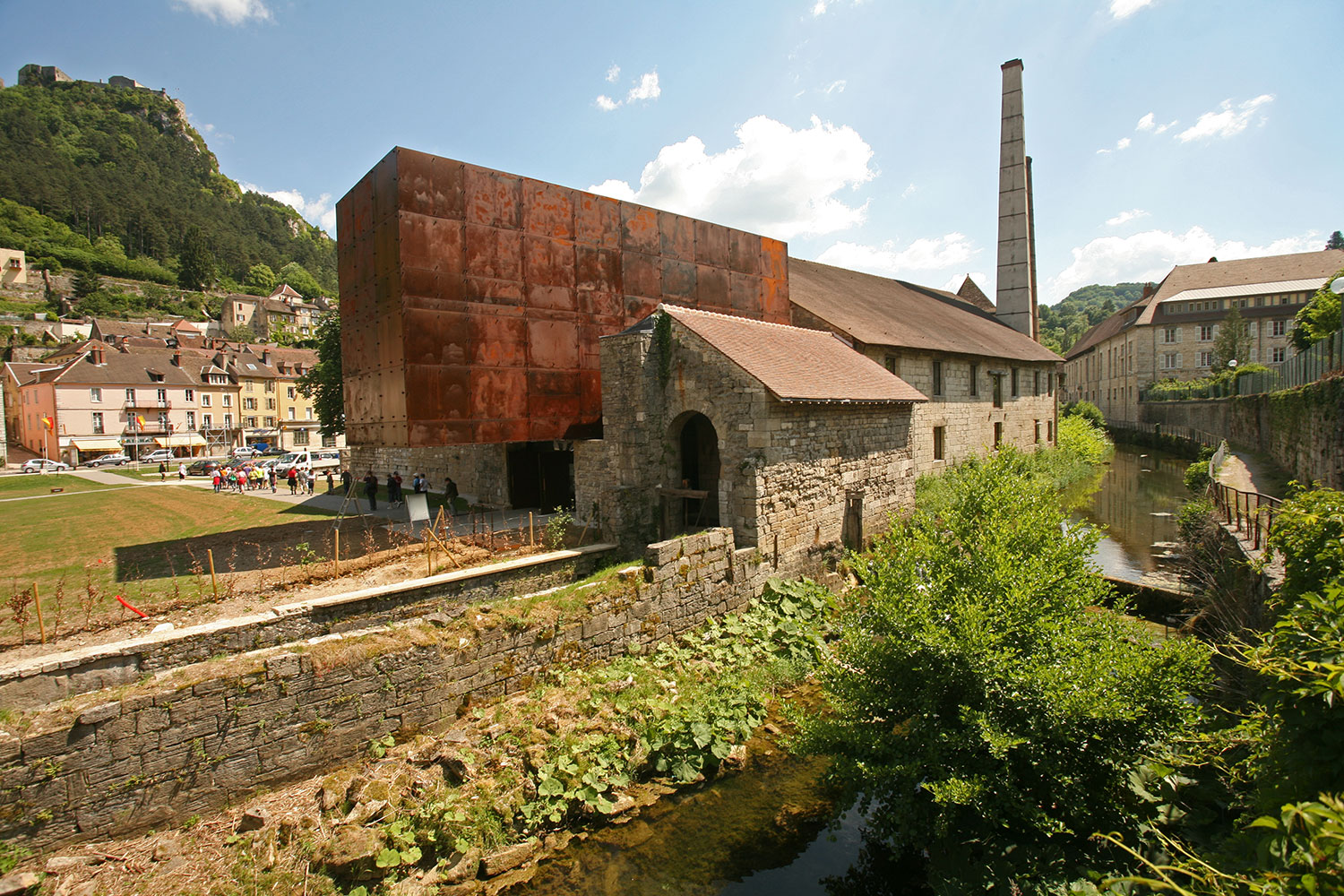 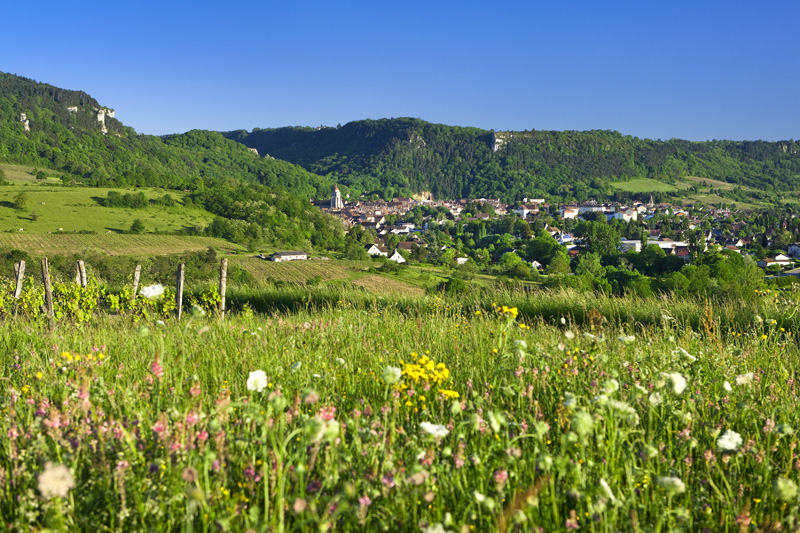 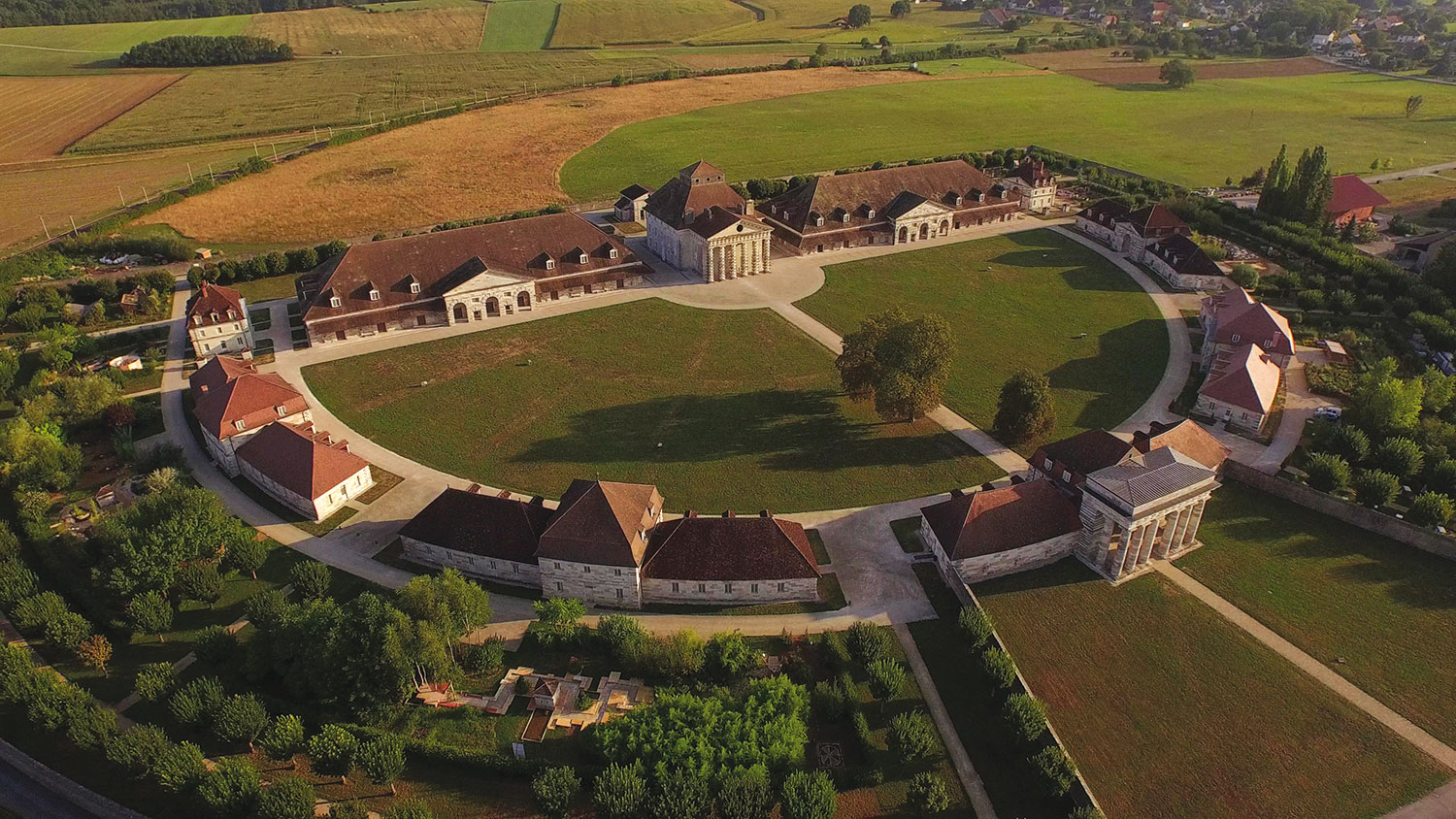 The trail known as the “Sentier des Gabelous” (29,5 km in length and with 15 information points providing further details about the ‘white gold’ adventure) leads to the city of Salins-les-Bains. This city is located in a valley and has the forts of “Saint-André” and “Belin” looking down on it from both bordering hills. Until the 20th century salt was extracted from the Great Saltworks of Salins-les-Bains (listed as a UNESCO World Heritage site since 2009) as well as from the saltworks of Lons-le-Saunier. When salt started arriving from the Mediterranean region and began competing with the Jura region’s output, both sites ceased their operations.

By virtue of the wealth of their soil, the cities of Salins-les-Bains and Lons-le-Saunier are now popular thermal centres in the Jura department. Visitors much appreciate their naturally salted water which is rich in minerals and trace elements.

Besides telling the history of salt, the first part of the “Échappée Jurassienne” also takes you through the Jura region’s vineyards from which originate no less than seven AOP (PDO; Protective Designation of Origin) wines. There is plenty of opportunity to taste the local specialities on the way. We particularly recommend the famous “Yellow Wine” (Vin Jaune) presented in its typical 62 cl bottle known as the “clavelin”.

You may also wish to visit other pretty towns of the Franche-Comté region such as Arbois – the Jura region’s wine capital, where Louis Pasteur lived for several years -, Poligny, capital of the famous Comté cheese that you will no doubt taste -, or (two villages classified among the Most Beautiful Villages of France) Château-Chalon high upon its rock and Baume-les-Messieurs with its imperial abbey dating from the 19th century, lodged in its spectacular steephead valley.

For more information about this route you can visit: www.echappee-jurassienne.fr

> The longest walking itinerary of the Jura region
> From 2 to 16 days; plan your trip as you wish
> 300 km of signposted walking paths, approved as part of the “Grande Randonnée (GR®)” network
> A great variety of different landscapes and places of interest to be discovered
> Easy access
> A TopoGuides® guidebook available for this itinerary
> Transportation service for luggage and people available (in the summertime, reservation required)
> Over 120 accommodation possibilities all along the route
> Tools (website, guidebook, etc.) and a technical advisor available to prepare your stay precisely as you like.